To celebrate its 80th anniversary, Louis Erard proudly its new Excellence line of classic-styled watches. This line takes inspiration from the Neo-Classical period with its elegance and clean lines combined with modern details to reflect current tastes.
It is marked by elements such as a round case, understated white dial, hour-markers and Roman numerals. Within the collection are seven models: five for men and, not forgotten, women get two to choose from. The men’s include the Power-Reserve display and Regulator or simple Power-Reserve variations, a chronograph with moon phases and 24-hour indicator, and time-only iterations. All are offered in a 42mm steel or rose gold.
The ladies receive a sporting chronograph that is sprinkled with diamonds around the bezel, giving it some glam and sparkle.
All of the models are attractive, but the men’s piece that stands out is the regulator. The gorgeous Louis Erard Excellence Regulateur Reserve de Marche will definitely be the flagship model of the series. As the name implies and the dial layout proves, this is a regulator watch (which, basically, means that the hour and minute hands turn around different axes with the hour hand having its own sub-dial at 12 o’clock). Although, thanks to its beautiful design, this one looks like a completely new watch, it is in fact powered by the same ETA 7001 RE9 hand-wound caliber that animated the last year’s Louis Erard 1931 Regulateur Reserve de Marche timekeeper. The movement is based on the reliable ETA Peseux 7001 hand-wound movement with an extra module that was developed by Louis Erard and the Swiss complications specialist Soprod S.A.
For its slimness (only 2.50 millimeters in height) and robustness, the base movement enjoys a very good reputation even among the serious watchmakers. The movement is hidden inside a round stainless steel case. Being 40 mm in diameter, it looks very slender, which is important for a watch that is supposed to be worn with formal attire. Its milky white dial looks to be sand-blasted and is perfectly matched with blued steel hands and finely printed Roman numerals on the hours sub-dial and Arabic numerals on the minute track.
Louis Erard has produced a real coup in an haute horlogerie spirit at an affordable price. 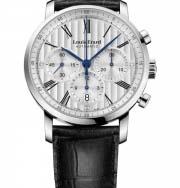 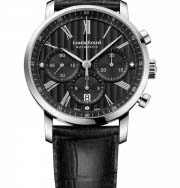 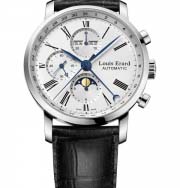 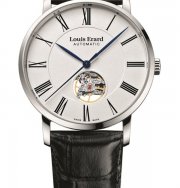 Dicta Co. Ltd. is the authorised importer and distributor for Croatia for the top world-renowned manufacturers of watches, fashion jewellery and straps.